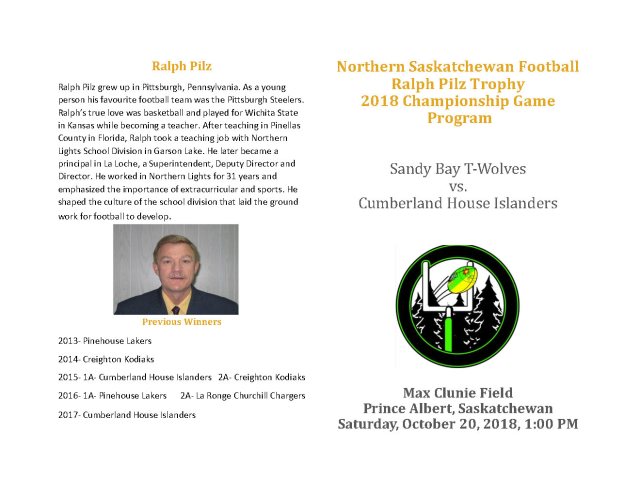 If the Northern Football Championship between the Sandy Bay T-Wolves and Cumberland House Islanders is anything like the regular season game, fans from both communities can look forward to an exciting hard fought and close game. Cumberland House defeated Sandy Bay by a score of 34-28, however this final game may be one of the most exciting competitions for the coveted Ralph Pilz Trophy.  Many fans from each community will be in attendance at the Max Clunie Field next Saturday, October 20, 2018. 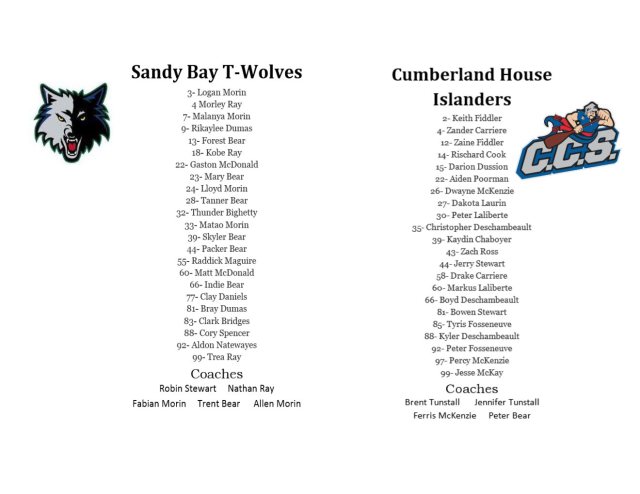 This game will be the first ever appearance for Sandy Bay who have narrowly missed the final game in each of the last two seasons. The Cumberland House Islanders, on the other hand are looking to repeat and take home their third ever Ralph Pilz Trophy. Each team will represent northern Saskatchewan in the provincials, with the winner of this game hosting their provincial game while the loser travels to their provincial game. Best of luck to both teams and we will see you at the Max Clunie Field next Saturday. 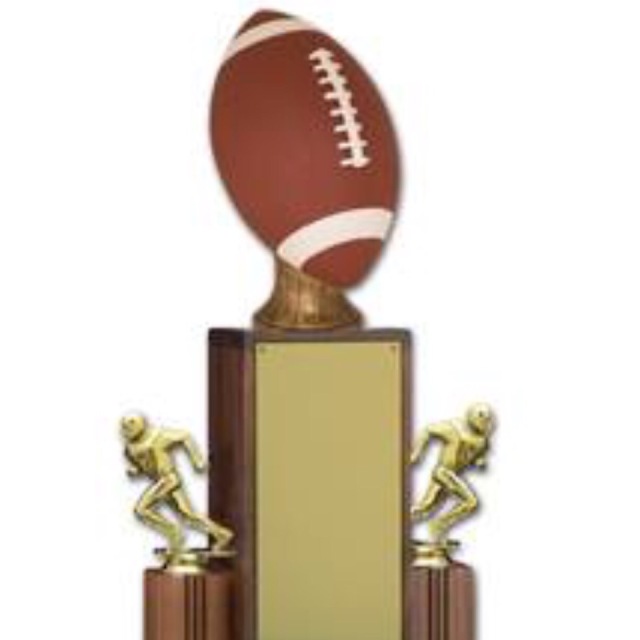 Correction: With the late submission of the score sheet from the Pinehouse at Creighton  game, the scoring leader for the season was Seth Sanderson, rather than Cory Spencer from Sandy Bay.